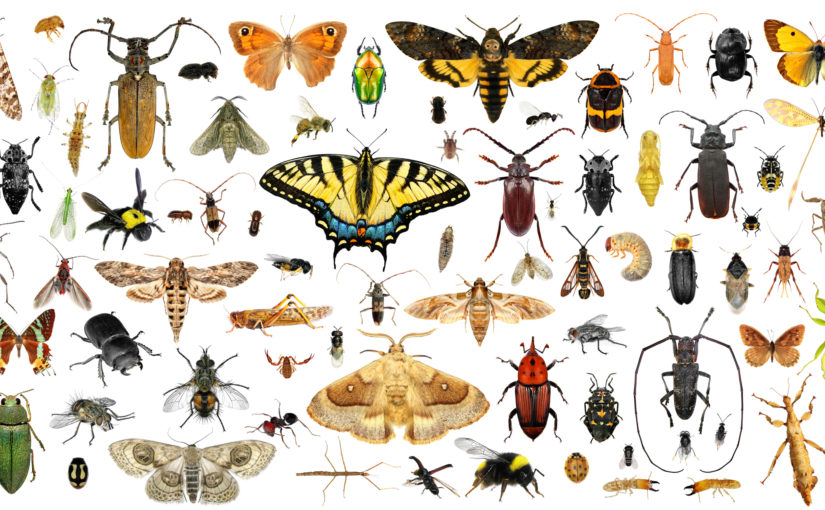 A prior blog looked at insects for protein sources.  That idea is far from new in many parts of the world.  But, our 23 year old son found one for renewable energy.  Not sure how we will feed all these insects to keep them going, and it is far from clear to me how you would take the energy expended by these insects and harvest it as electricity.  Perhaps the idea is to simply use them for air movement in the home. 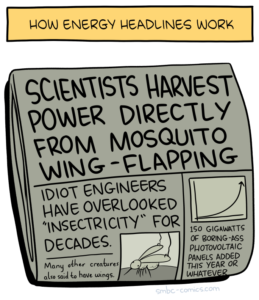 On a serious note, consider the point of view in this cartoon.  They are poking fun at people who are making claims about energy.  It is hard to tell, but could it be that they think all the claims of renewables dominating the energy sources within 20 years are a bit far-fetched?  Could it be that they are doubting the energy grandstanding you see almost everywhere along with the virtue signaling of major corporations.  It is hard to know.

I entered this business with the common belief that fuel cells were about five years off from being economic.  It is now 40 years later and they are still about five years off.  We thought oil was going to be more than $100 a barrel and we were going to run out of it by 1990 or the latest 2000.

Our “woke” society will not permit making fun of this as you know.  I am sure to get criticism for expressing the facts.  They simply do not align with what we are being told to expect.

I do hope we move to reduce our carbon footprints, recycle and reuse more of the things in our lives, and live gently on this planet.  I certainly do hope we don’t do what China did for decades … limit the number of children out of a fear of not being able to provide for them.

But, I wonder when people are going to wake up and realize that we are talking about decades of change and while we are enabling those changes we need all the sources we can rightfully and cost effectively use to move towards these lofty goals.  So, when is the obvious going to be made clear to those who want to ban natural gas in new construction now decades ahead of any carbon free electricity concepts in the regions where they are banning natural gas?  Where is all the electricity going to come from in the near term to power all these fleet electric vehicles being purchased by the large national accounts?  Yep, you’ve got that right … the incremental carbon emitter will be natural gas in most cases.

I remember giving a lecture on carbon accountability to the national accounts which started out by placing a water bottle on the podium.  I reminded them that bottled water would become the scarlet letter to environmental agendas and that landfills and our oceans could not withstand the continued waste in our societies.  That was and still is the big issue … yet I don’t hear any politicians talk against bottled water.  I remember when the speed limit was reduced to 55 because our energy crisis was the moral equivalent of war.  If we really care why wouldn’t we do that again?

Stay tuned … this has to catch up with reality eventually.