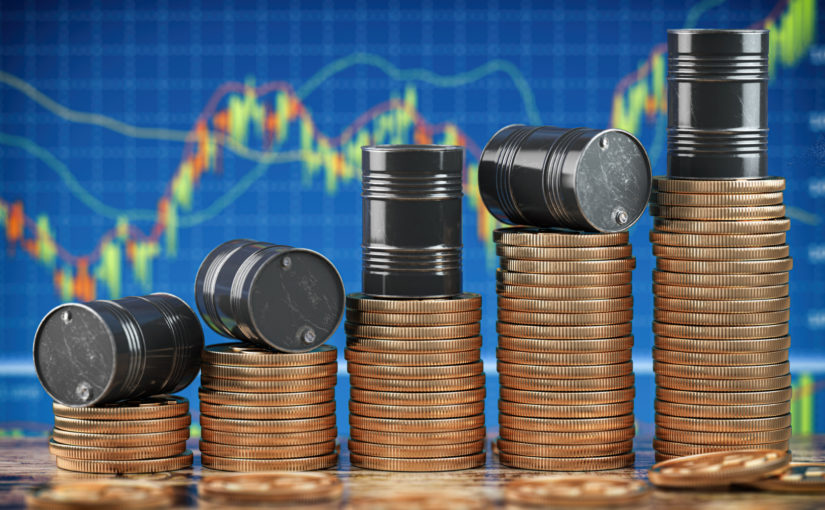 I remember that line from President Jimmy Carter’s April 1977 speech about the energy crisis.  We had gasoline rationing and a string of powerful government incentives to reduce energy use, including lowering speed limits on highways to 55 mph.  We all realized that our energy independence was foundational to our present and future national security.

Many things changed after that … too many to mention in a short blog, but for those of you who want to Google them, you might check on PURPA and the Fuel Use Act.  It is fascinating to see how worrying about energy security moves the energy supply portfolio around.  And to be fair, you should also check out Three Mile Island, which occurred two years later and basically shut down plans for the nuclear power business in the United States.

It is sobering to realize how energy planning and policies shift as we face world situations.  We have had another seismic shift now that Russia has invaded Ukraine.

Societies cope with scarcity in many ways … and often cope well when their backs are up against the wall.  We admire the Ukrainians in their search for freedoms.  We tend to be generous when people are being oppressed.

Yet the average citizen wants easy answers to complex issues.  We want quick fixes to problems created over decades by neglect or ignorance.  Most of us have little patience or curiosity about truly understanding how and what we all must do.  Frankly, most of us automatically reject someone telling us what to do … even when it is in their best interests or the law of the land.

Politics doesn’t help with the needed education … we tend to vote for people who say they are going to fix something even when they can’t.  We always want a hero to save the day.  Seldom are we willing to “tough it out” as our previous generations have.

We have serious questions to face and need serious public dialogue about securing our country and the world at large.  The last thing we need is ideological nonsense at a time like this. 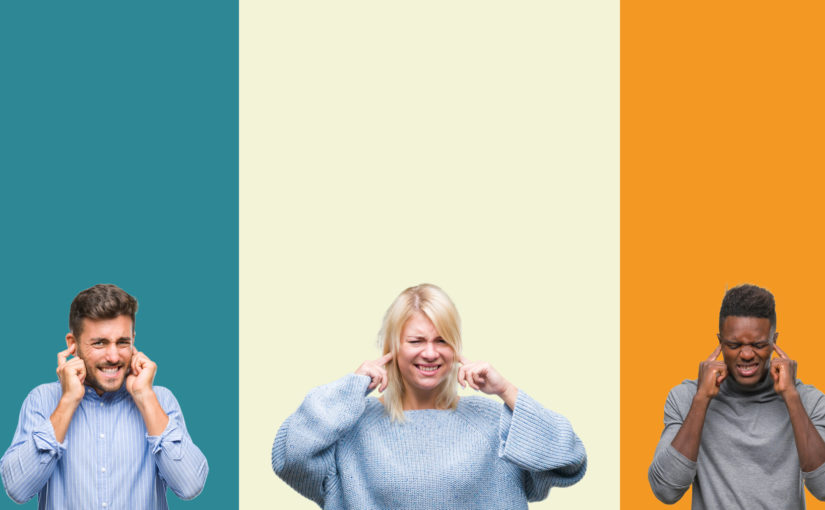 Have you ever been around someone who sings out of tune?  Do you realize they can’t tell they are doing that?  It is not deliberate on their part … that is unless they are trying to do something to make us all cringe.

As an amateur musician I have encountered people who are truly tone deaf … some to a worse degree than others.  The extreme case I ran into was a flute player who played any and all music without regard to the key signature!  Yes, she played everything in the key of C.  Fortunately, she played very softly.

There is another definition for tone deaf that relates to the broader contexts of life:  it relates to showing insensitivity or lack of perception in matters of public sentiment, opinion, or taste.  We are seeing glaring illustrations of this in so many public institutions that it prompted me to highlight it.

The Catholic Church recently invalidated several thousand baptisms because the presiding priest say we instead of I.  The church has clearly become tone deaf on the spirit of the law over the letter of the law.

More recently, John Kerry proved he is tone deaf with his comments on the war in the Ukraine.  Read that for yourself here.

Perhaps all this points to a greater need for the pursuit of harmony and wellness in the world.  Could it be that anyone who pushes an agenda that can’t be harmonized is tone deaf? 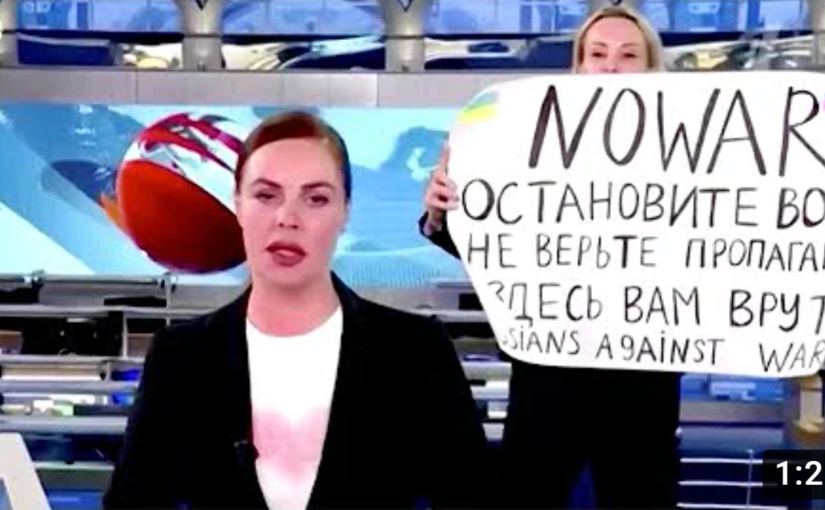 Modern society seems awash in a news cycle that gives airtime to almost anyone who states they are a whistleblower.  Many “come out of the woodwork” when someone claims damages for unwelcome sexual advances, perceived racial inequity, corporate actions or inactions, etc.

They get the microphone with very little due diligence.  If it is salacious it sells.  So, much like everything else they see on TV it becomes a soap opera.  Conspiracy theories trump the search for facts.  And, with websites such as glassdoor.com and others, they get to dump their buckets further justifying their rants.

We have been slandered so many times and in almost every case you can trace it to malcontents.  They were either unhappy being held to a standard of excellence or when terminated felt they could get even with us.

When I grew up this was considered illegal.  Not only is it dishonest, it was punishable by seeking damages.  Hard to prove in many cases, and in today’s whacked out woke world even harder if you have a jury trial.

But today, as Silicon Valley entrepreneurs are prone to say you “fake it till you make it!”

Unfortunately, the origin of the term whistleblower was to describe a person who had the courage to stand up to power.  We all remember that Chinese citizen standing in front of a tank in Tiananmen.  Or, more recently, that Russian news reporter alerting Russians that Putin had lied to them.

I don’t see her as a snitch.  I see her as a modern-day hero.  Ralph Nader is given credit for making the term whistleblower a noble activity.  He led the revolt against corporate irresponsibility in product quality and safety. 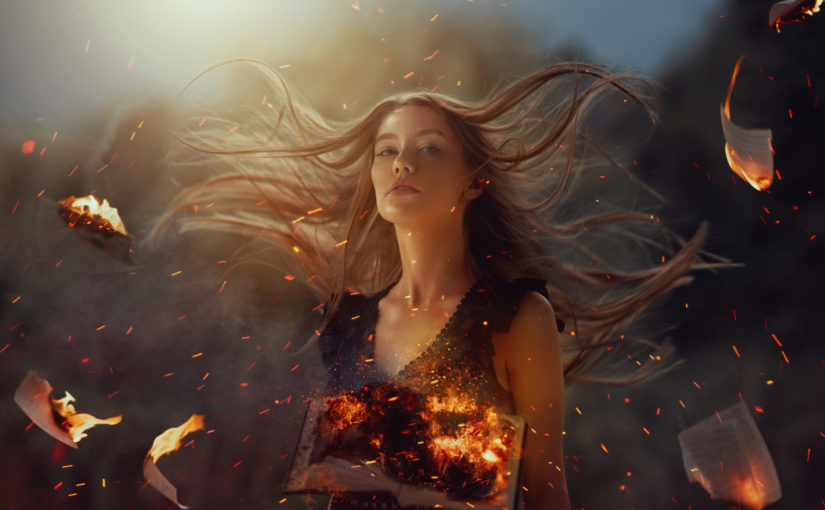 I was browsing online media this New Year’s day and this article in the Wall Street Journal struck me as profound.  Read the pdf here.

Pardoning someone 400 years after the fact seems more about virtue signaling than making anything right after all this time.  Wouldn’t it be more virtuous to look at the situation back then, the fears in society, the religious and political backdrops, and then possibly learn something.  What redeeming value is it to simply apologize for a mistake made by others who are no longer alive?

Ah, now I see the pattern.  This is just one more play in the social justice game.  Being “woke” about things like this now makes us appear to be “with it” and virtuous. But, have we learned anything in the process?  Can we see how to prevent the next round of witch hunts … or worse yet, are we actively participating in or are we complicit by our passive natures to others who are on another form of witch hunt?

So, I decided to take a quick look at how society has defined witches and their activities and without surprise you read that these individuals in many cases were counter-societal agents.  However, more often than not, people who seemed preoccupied with the “occult” or some other form of spiritual connection with “demonic” insights or actions were condemned by all the world’s major religions.  You can see this battle within the Bible literature itself, especially in the accounts of the battles between Yahweh and Baal and others.

I am still not satisfied with all this seemingly obvious logic that witches are evil.  My mother had an almost supernatural instinct about people she met.  My father called her a witch because she could read them like a book.  This was extremely helpful to my father in his business dealings.  She was never wrong.  I know people even today who will go to people who claim to have a connection to this dimension of life when they lose a child or even when they face a major decision in their lives.  This form of divination is of course condemned in almost all modern religions.

But, I really wonder whether we are still too lazy here.  The play Wicked illustrates that we must be careful when we take the easy road to define good and evil.  As the Wizard points out so eloquently in the song Wonderful:

A man’s called a traitor – or liberator. A rich man’s a thief – or philanthropist.
Is one a crusader – or ruthless invader? It’s all in which label is able to persist.
There are precious few at ease with moral ambiguities, so we act as though they don’t exist.

It is all about which label is able to persist, isn’t it?

My other blogs point out the dangers of labels … they are the lazy persons language of judgment.

But, we are not to judge … certainly not defining someone as a witch.

So, my woke friends out there … please stop your judgements … I am not a racist.

And, if you are trying to clean house, why not come to grips with the atrocious misdeeds of the past in the name of religion.  I think it would be pretty easy for a modern reader to see the crusades as a form of mass witchcraft.

We really need to learn to walk humbly as we seek justice and peace for this new year. 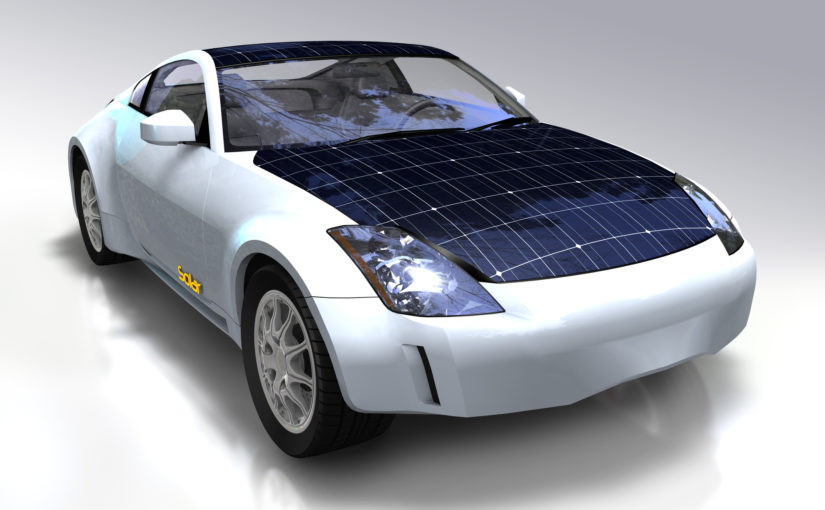 As the article notes, most of these startups can use the sun to provide most if not all of the typical daily commute energy needs.  That is great, right?  Customers save money!  Well, that is not what I hear our electric utilities desiring … they want the load.  When will they get the load?  The answer seems clear … when the sun does not shine … so just when the loads were higher already … oh … then solar EVs worsen the electricity load shape!

Think about it.  Wherever solar is a large part of the resource mix electric utilities want customers to use MORE energy during the peak hours the sun shines.

Does this mean that the next move is for electric utilities to move to a demand charge … and possibly a double demand charge where customers are incentivized to keep their loads between two demand levels … thereby improving load shapes?

That is what some serious European electric utilities are thinking.

Thinking … oh … once again that seems to be the problem.