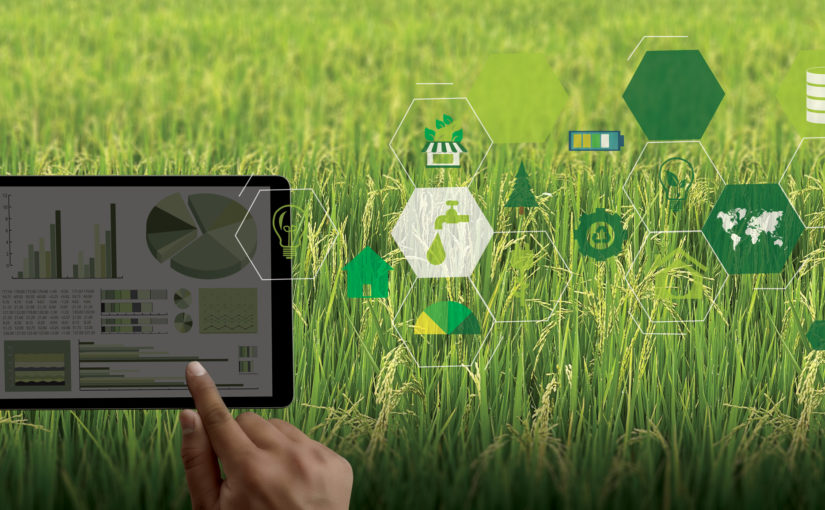 Engineers love the concept of digital twins.  We build them for “unit operations” all the time: a computer model for the inputs and outputs to a processing step (called a unit) in the production of something.  Almost everything you use or eat goes through these steps.

For example, something as simple as flour starts out as seeds to be planted and then given adequate moisture, sunlight, and nutrients to form mature grains.  They are then harvested and processed to remove the grain from the chaff at which point they are most often stored until they are transported and ground into flour which is then packed and transported to the store shelves.

Nowadays with the emphasis on sustainability the farmer will also design in waste reduction and reuse and may in fact use the biproducts or waste from one area into others.  For example, we all eat cheese, but the byproduct whey has now been incorporated into cheese food as well as pharmaceuticals.  It is no longer discharged into the environment with its associated challenges.

These are extremely satisfying technological advances, but success here must be humbly reconciled against a truth condition: we must have the research and proof that we understand the underlying mechanisms and have repeated confidence that when we change an input variable, we get a corresponding repeated output condition.

I hope you can see the problem with attempting to build a digital twin for our planet ecosystem.  You would think all our modern math would permit some level of aggregate modeling accuracy.  Perhaps the following illustration will help.  If you compare the predicted number and intensity of hurricanes each year with the actual storm experience over the past two decades you get a very high level of correlation.  Unfortunately, it is a negative correlation which means that you could “bet against” those offering forecasts and be right quite often.

This should be troubling … because it indicates we do not yet have a digital representation of even aggregate storm intensity.  And, by the way, if you look at any long-term trends in storm number and intensity, it is trending lower over time … but you won’t hear about that because it does not align with the political agendas dominating the digital world these days.

So, one might rightfully ask whether today’s climate modelers are looking for science to validate their models or are more than likely looking for anything that confirms their desired conclusions. 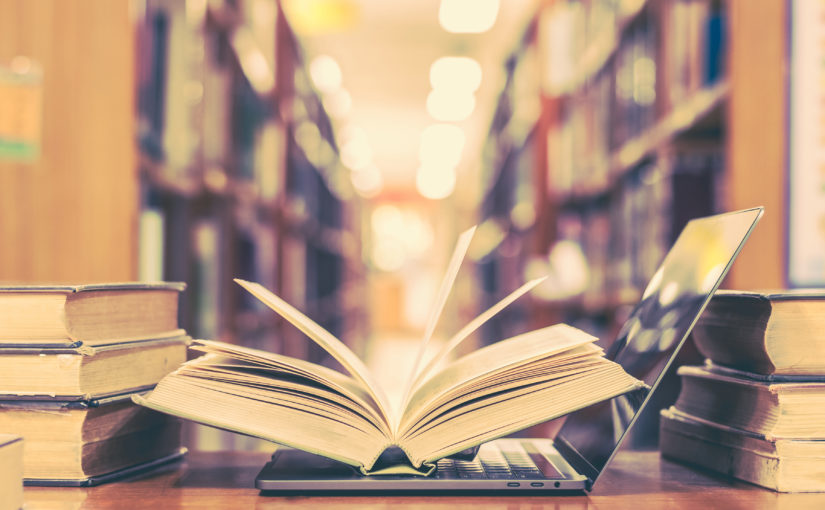 What the hell are you talking about Joel? Have you gone mad?

Stay with me and think about what we know now and how different that is from what you thought you knew when you started school. Yeah, I know you knew the earth was round then. But wait a minute! Didn’t you covet the Encyclopedia Britannica back then? Wasn’t that just about the coolest set of books anyone could have in their homes?

Why did we value them? It wasn’t to show off to neighbors. It was because they were considered the best easily readable sources of truth. How much of what was written in them would be considered out of date today? How much more do we say we know about the world around us since the 1950’s and 60’s when these were the gold standard?

And how much of what we were told on TV commercials about food and life has changed? I remember watching Crisco commercials where a piece of chicken was deep fat fried and the commercial implied that the chicken did not pick up any fat. I remember almost every TV program featured cigarettes and that somehow you could call them safe if you bought ones with filters.

Why do I think we need to focus on what has changed? Because all too many are thinking what they see on TV and read about is the truth. We need to be careful about what we assume to be true just because someone with an impressive resume or title says it is true.

There are a host of movies today that really focus on this point. If you haven’t

seen it yet, please do watch Planet of the Humans available for free on Amazon Prime. 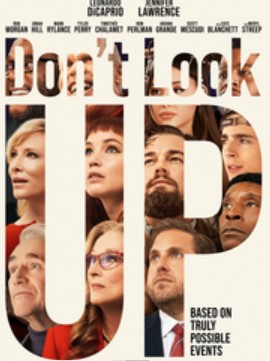 And, if you have Netflix, watch “Don’t Look Up!”

Planet of the Humans points out how much of what you have been told about environmental change in the past decades is false and dangerous. Don’t Look Up pokes fun at how sinister government and big business can be even when the fate of the world hangs in the balance.

My concern today is that all of this can just make us cynical and depressed. We need to become smarter voters and activists for the right things … and not be lead like sheep to our slaughter as we are today.

Now back to the title. If any of you remember your analytic geometry or calculus you will note that it is the derivative … the rate of change in a variable … that enables us to find the better world around us. It is not what we think of as a number or a fact, but how those change with things we can do that lets us seek the optimum.

We must seek to heal the wounds of the past and build a sustainable planet. Our focus on carbon dioxide is not going to get us there. These two films point clearly to what we must stop doing and what we need to learn how to do in society.

If you care about the planet, you should watch both, but if you only want to watch one, watch Planet of the Humans and see what we need to differentiate. 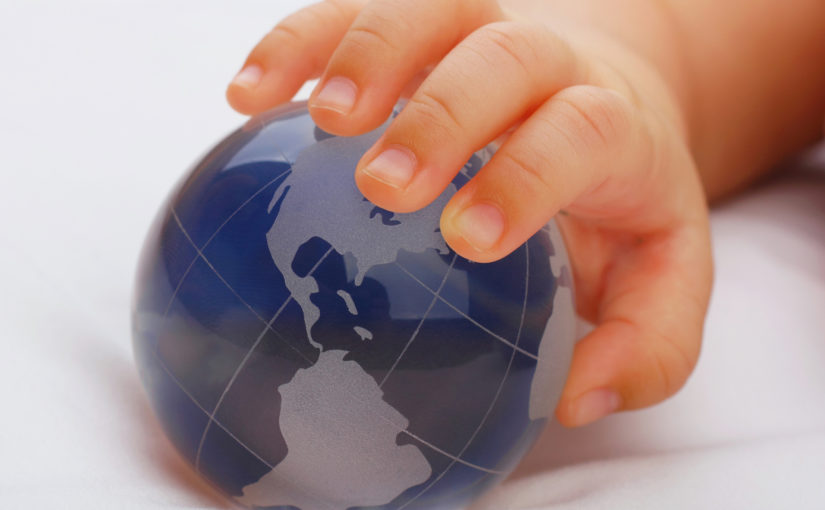 I think we would all agree with this.  And we certainly see places on earth where this is far from their reality.  Let’s face it… in most cases we Americans live this dream.  In fact, we give our lives to preserve these inalienable rights.  Sure, I know there are exceptions, but work with me.

Nowhere in this document is the personal accountability to making us all happy. In fact, many of whom travel to impoverished countries find people there who are as happy or happier than we are.  They value the simple pleasures of family and friendships.

It is ironic and troubling that our children these days are less happy than we were.  You read that correctly.  All the studies point to that.  And, that dissatisfaction is the root of much of the woke nonsense we all hear about.  Consider this:

According to a recent article in the Wall Street Journal about how millennials are out of touch with reality: “What you’ve forgotten, however, is that it’s up to each generation to make its own mark. Defining yourself by your resentment of an earlier generation isn’t how to do it.”

We have given our children the best and this is how they repay us?  It is ironic that this same generation’s progressive ideas seem to be aligned with reducing carbon dioxide emissions, but they are also the least informed about how to live responsibly and sustainably.  Worst of all, they have largely lost their respect for their elders.

How did all this happen and so quickly?  It all seems to be the result of the hijacking of our education system by liberal zealots and the insatiable desire of the media to focus on the small things that go wrong in society rather than the more general beauty of American people.

So, we focus on reproductive rights rather than how to raise children to be responsible members of society which of course also includes their accountability to consider having their own children.  The American Dream does not include fathering dozens of children with a handful of women who view giving birth as an economic securitization of their lives.

We each have a part to play in this reeducation of Americans.  We all have responsibilities and roles to play in protecting each other.  It is not about my personal happiness measured by accumulation of prestige and wealth.  It is about the wellness of our communities and the celebration of simple pleasures.

We must curb our desires for things, or we will have to curb the number of people who can express their dreams this way. 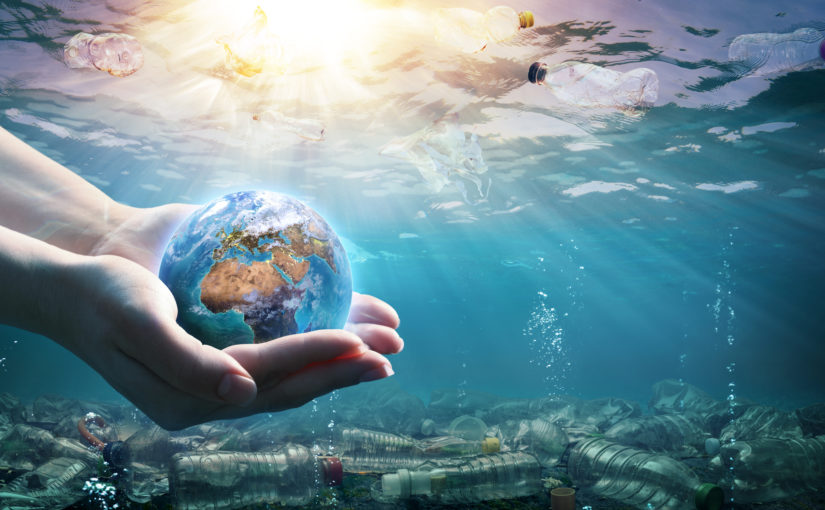 My brother lived in Australia on assignment with Exxon.  He loved it there and would tell me often about how much he liked the simpler lifestyles.  They had a small fridge that would only hold a day or so’s food, so they shopped almost every day picking up something for dinner and to replace vegetables and bread.

He also told me of the garbage collection there.  If you fail to recycle correctly, they give you a warning, and if you persist they stop picking up your garbage.  That will teach you!

We see recycle bins everywhere these days, but how much do they really get used.  Plus, even if that trash gets recycled to the collection center, how much actually is recycled into other things?

According to the EPA, Americans generate more than 267 million tons of solid waste every year. In 2017, only 94.2 million tons of that waste was either recycled or composted. That’s only about 35 percent of the total amount, and when you take into account that only 8 percent of discarded plastics were recycled that year, things start to look more unsettling.

Clearly, we have a long way to go.  But, once again, are we asking the right questions?

Did you know that bottled water ranked as the largest beverage category by volume in the United States?  The sustained growth in per capita consumption indicates that consumers see bottled water as a healthy alternative to other packaged beverages. In 2019, per capita of bottled water consumption approached 44 gallons in 2019, while average intake of carbonated soft drinks dipped below 37 gallons.

You no doubt know that bottled water is not any healthier than the water you get from your tap.  You also probably have seen customers in your market and especially at Sam’s leave with cases and cases of bottled water.

It also seems terribly ironic to me to see cases of bottled water sitting outside in the sun at gas stations.  We all know that the chemicals in those plastic bottles is leaching out into the water.

What is my point in all this?  Our drinking water in this country is excellent … in the vast majority of cases.  Stop drinking bottled water!  Not because of the water itself, but because of the waste you are producing.  It is not being recycled.

I hope you have been following the circularity movement.  They are focused on our food and water supply and working with large corporations to reduce waste associated with food packaging as well as the end-to-end food sustainability questions we all face.

There is a lot going on in this space, but I fear most of it is the same kind of greenwashing the movie Planet of the Humans talks about.