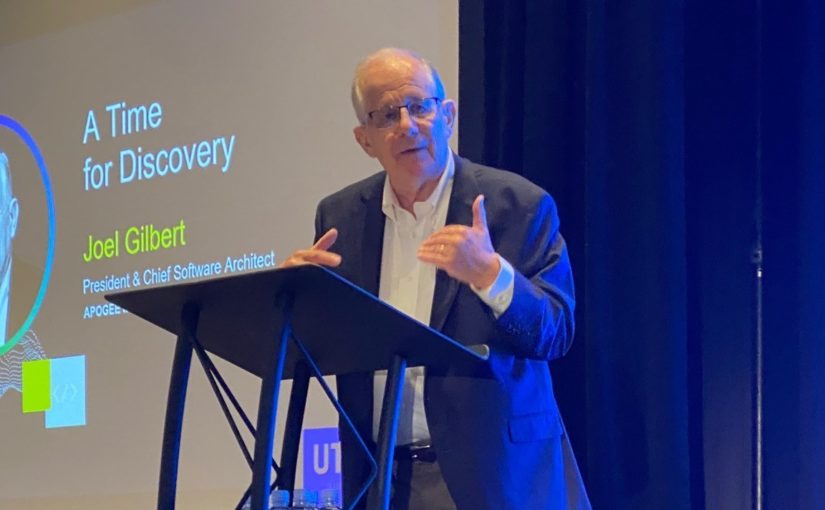 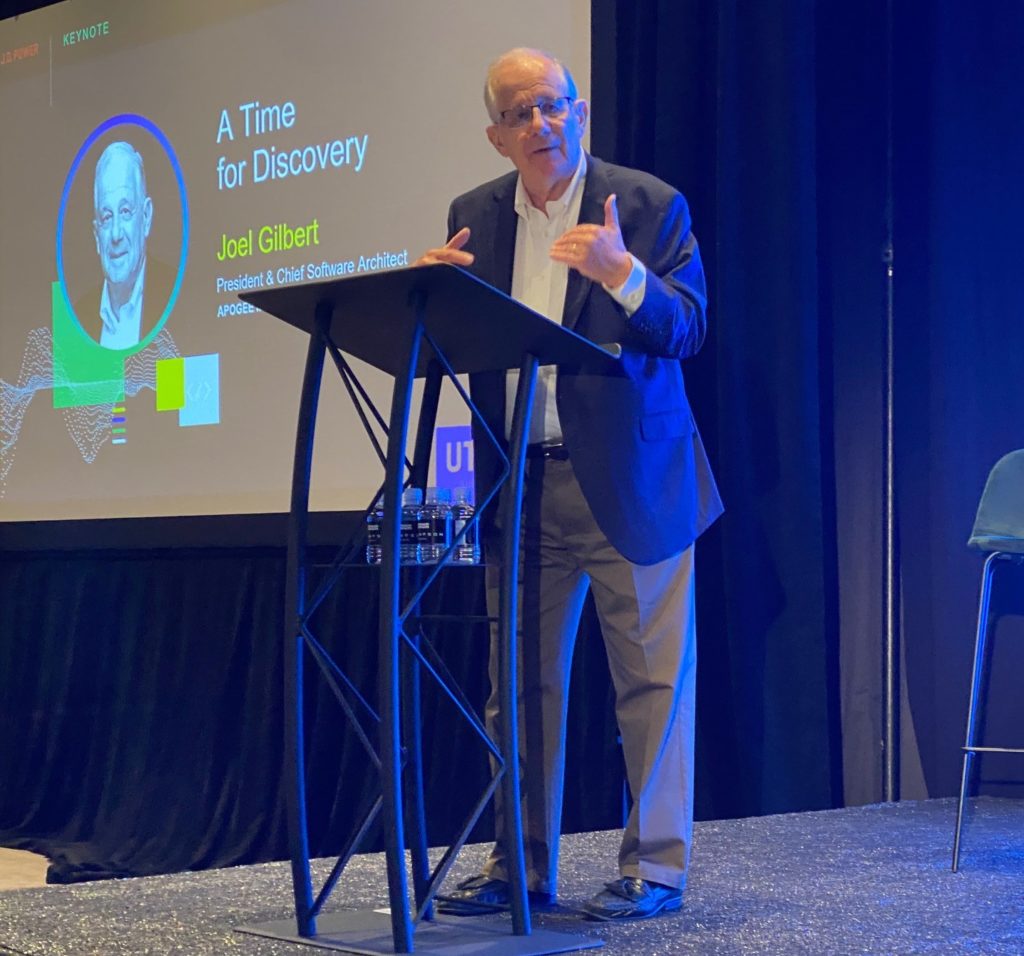 Joel keynoted the annual J.D. Power meeting for energy and water utilities in Austin, Texas.  He had been asked by the executive director of that organization to “kick the butts” of the industry, but Joel chose to offer humorous relevant stories and illustrations from his own life that pointed out the same needs and would hopefully stick with them.

The overarching theme was that we all need to sharpen our listening skills and to dig deeper into the underlying reasons why people feel the way they do about issues and challenges.  Joel suggested that we eliminate the words “or” or “vs” when we encounter differences of opinion.  To illustrate this, Joel pointed out that beneficial electrification is trendy, it needs to be expanded to beneficial gasification.  Therefore, while EVs are popular, the future will include both electric and natural gas vehicles, as it does now.  So, it is not gas vs electric … it is gas and electric.  Joel pointed out that the blend of these will shift over the next few decades as the grid becomes less carbon intensive, but that right now, we must have natural gas in the mix.

Some of Joel’s stories shared how we “heard what he wanted to hear” as he and I heard a pitch for a timeshare vacation rental.  We attended the sales pitch but were impressed that the asking price to stay at that vacation spot was only $4,500 for 28 years use.  Given we had $1,000 to stay there, and the maintenance fee was only $150 a year, it seemed interesting.  The salesperson realized some hesitation so she offered it at $3,500 if we wouldn’t tell anyone else (yeah … right).

Joel’s final question was “how often do hurricanes hit a place like this?” and of course she had the answer on her top of mind with “we haven’t had a hurricane hit here in 37 years!”  At the time, Joel took that to mean that the odds were good, but he should have considered the statistically more likely answer: they were due!! So, he learned a lesson when the next year Hurricane Gilbert swept across Cancun Mexico and wiped out much of the property.  Maintenance costs went to $600 and of course who wanted to go back to that property until it was fully restored … so there was another $100 to exchange it.  Joel’s lesson here is that we hear what we want to hear.  By the way, Hurricane Gilbert came ashore as a Cat 5 storm with 200 mph winds.

Joel also pointed out that there are many things today that polarize conversations, and he pointed to the Rand Corporation called Truth Decay illustrates the challenges with how diverse points of view colors what they consider truth.  This requires us to be adept at bridging gaps rather than merely sticking to our talking points.  Perhaps one of the funniest segments of his talk was when he read from some the 1952, Armon Sweat, Jr. testimony in the Texas House of Representatives about his position on whiskey. What follows is his exact answer (from the Political Archives of Texas):

“If when you say whiskey, you mean the devil’s brew, the poisonous scourge, the bloody monster that defiles innocence, dethrones reason, and takes bread from the mouths of little children.  If you mean that evil drink that topples Christian men and women from the pinnacles of righteous and gracious living into the bottomless pit of degradation, shame, despair, helplessness, and hopelessness, then, my friend, I am opposed to it with every fiber of my being.”

However, if when you say whiskey you mean that oil of conversation, that philosophic wine consumed when good fellows get together, that puts a song in their hearts and the warm glow of contentment in their eyes; if you mean the stimulating sip that puts a spring in the step of an elderly man on a frosty morning; if you mean that drink that enables man, to forget if for a moment life’s great tragedies, heartbreaks and sorrow; if you mean that nectar of the gods through the sale of which pours untold millions of dollars each year into our treasuries, that provides tender care for our crippled children, and infirmed, and builds the finest highways, hospitals, universities, and community colleges in this nation, then my friend, I am absolutely, unequivocally in favor of it.

This is my position, and as always, I refuse to compromise on matters of principle.”

Attendees were riveted by some of Joel’s one-liners like:  “I can explain it to you, but I can’t understand it for you.” Or his quote from the late Jim Rogers, the President of Duke Power who warned his audiences that “If you’re not at the table, you’re likely to be on the menu!”

As Joel said, when you have a road trip with children these days, they don’t ask you the same questions they did decades ago “are we there yet?”  Now the big challenge is whether they are “with you on the journey at all or in their own worlds?”

We are all on this journey and it is going to be challenging, but we must learn to listen and learn from each other along the way.  Once again, Joel suggested several resources for further reading along with watching the free movie on Amazon Prime called Planet of the Humans.