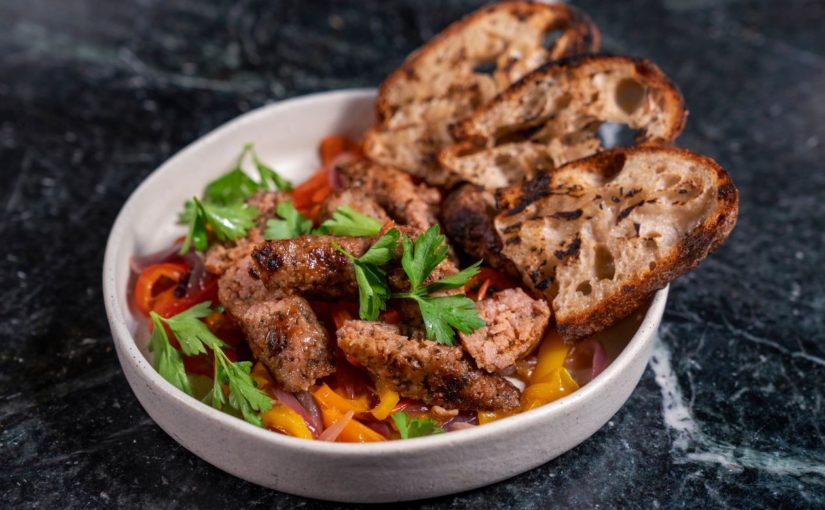 Perhaps you have tried the meatless hamburger at Burger King and elsewhere.  I have and it isn’t all that bad … really.  So, I guess I wasn’t surprised to see the same company to introduce a plant-based pork version this month.  And, as you listen to the CEO you can see the plan for a truly diverse meatless array including chicken, fish, and on from there. Listen to David Lee, CEO, Impossible Foods.

It is fascinating to me that we have rushed into this without any long term testing to side effects.  Maybe it is because it is made from plant materials.  But, if a drug company introduced its products with this kind of reckless abandon the lawsuits when something went wrong would bankrupt the company … and perhaps rightfully so.

So, why the rush to adopt the meatless alternative?  It seems to me that it is in part due to the public opinion and advocacy group fever over having an alternative that could have a huge impact on the environment.  They all know cows and pigs and even chickens raised on grain are a huge user of water and are unsustainable as the world population grows. We also can see the consequences of doing nothing on the destruction of the Amazon.

But, my other question is whether “Impossible Pork” is kosher?  Perhaps, given it is plant-based, it should be.  But, if you call it pork and pork is specifically forbidden in the Old Testament, does that make it wrong to eat?  For that matter, a cheeseburger is not kosher either, but would an “Impossible Cheese Burger” be OK?  How can the process of declaring it kosher happen when the Rabbi in charge can’t see how it is made?