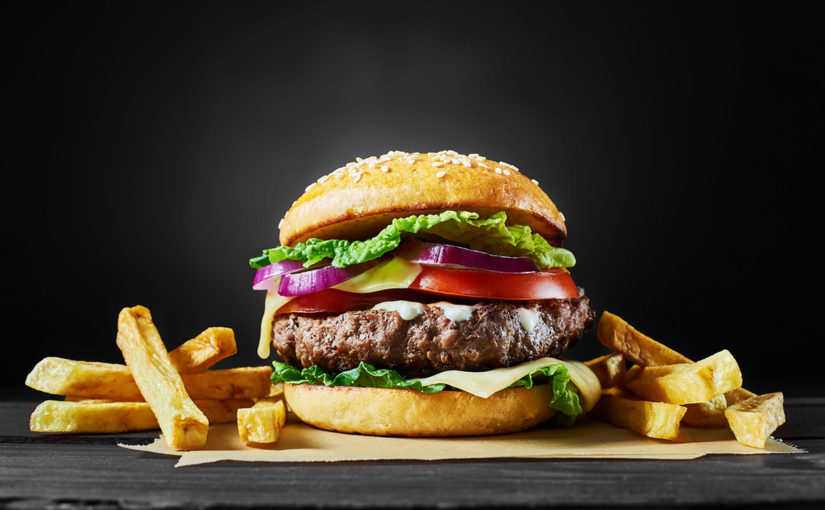 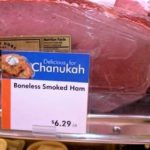 I grew up in a Jewish home where I learned to know that we weren’t supposed to eat ham, shrimp or lobster … but we did … well … not on the holidays of Passover or Chanukah.  Perhaps that is why I thought it was hilarious when I saw the pictured announcement of a Kosher ham in the supermarket.

To that point, a friend at my church asked me whether I was uncomfortable serving bacon to 600 people at a morning breakfast event called “Pastor’s Pancakes?”  I replied, “not half as much as not charging for it!”

The origins of these dietary laws can generally be traced to healthy diets.  Outlaw the stuff that leads to diseases and people will live longer and better.  Some of the Kosher laws were especially prescient for times when refrigeration and other forms of food preservation were not available.

But now that we are living in a world with so many people, we are looking at the very real questions of whether we can meet the needs of a growing population with safe drinking water and food.  Hence, the serious interest in plant based protein substitutes.

However, the average American is in love with their burgers and when President Biden even suggested we cut down by one a month we saw outrage.  How to we move towards a more sustainable diet?  Do we outlaw some foods, ration others, or possibly begin the gradual hard work of reeducating people to turn over the demand curve?  None of these seem realistic.

We do live in a free society where choices about food and drink are left to the markets.  If lobster was $100 a pound fewer people would eat it.  So, you could tax this, much like cigarettes … yet all too many people still choose to smoke.

You could restrict water use so that the free markets do a better job of deciding what and where they grow food … that would help out enormously in the Western US because the water use laws there fail to reflect the value.  But, I don’t think I am surprising anyone by suggesting that attempting to restrict water use out west is likely tilting at windmills, even though it is absolutely the right idea.

How are we going to manage our food and water supplies?  These are really tough questions, and they will impact our society a lot more than worrying so much about our carbon and methane emissions.

So, why are we so proud of passing almost meaningless and costly climate legislation?  Is it perhaps because we do not have the political will to tackle meaningful issues?  Or, is it because those in politics know they have no large or powerful constituencies to just do the right thing any longer?