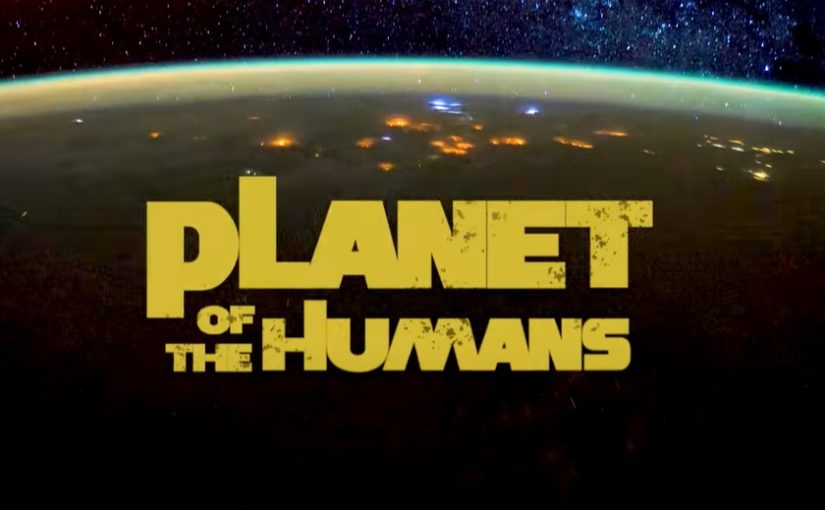 The phrase eyes wide open implies you knew the full extent of the problems and difficulties that you were likely to have.  Most of us fail to consider issues this broadly… it is just too hard or painful.

The movie exposes the truth behind the big money playing us all for fools with the current carbon fixation (pun intended).  I am not going to review the criminal behaviors that, rather than reducing carbon, are going to significantly increase carbon dioxide into the environment, as well as ravaging the planet of limited natural resources in the process.  Leave that alone … just watch the movie.

The key question raised by the dozens of experts is simply this: If we fail to control both the population of the planet along with its craving for things we are tilting at windmills.  Every species on the planet can outstrip its ability to thrive.  It is part of the natural cycle.  And, we are approaching this now for the human species and its ravenous appetite for water, food, shelter, and things.

Most of the movie emphasizes how the professionals we all count on to do this planning have been bought and paid for by big money.  They periodically put on performances chanting the kumbaya to sweep us up in the dream that everything will be just fine if we keep building wind turbines and solar panels.  We will all live happily ever after if we pay our carbon taxes so big corporations can rid us of this deleterious gas.  Oh how I wish that were true.

Nope, we are lambs being lead to our slaughter.  I know you don’t hear this perspective, and the reasons should be obvious.  The mainstream media takes advertising from people who want to sell you things.  They don’t want to publish articles teaching us to use less or not want those things in the first place.

Take a look at this article from The Conversation “Affluence is Killing the Planet.”

Can you imagine the mainstream media preaching against affluence?  Enough for now.  You have a lot of watching to do.  We will continue this conversation over the next few weeks.

One thought on “Eyes Wide Open”