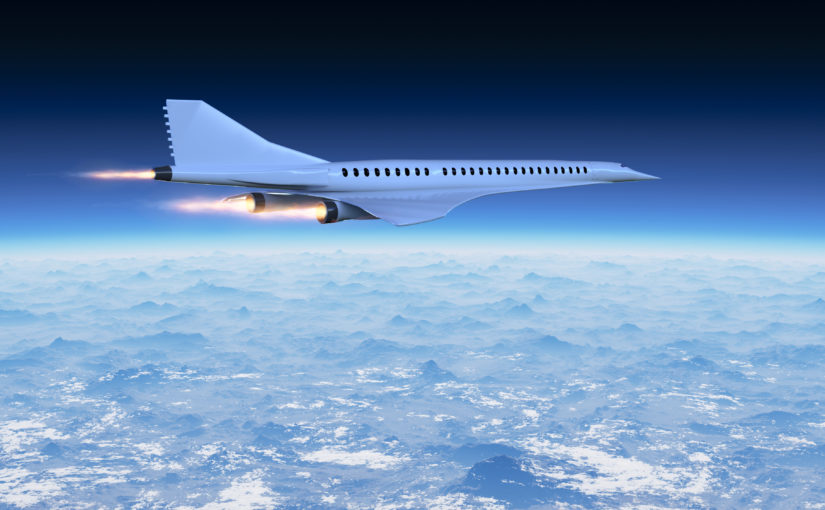 We all know that line from the first Top Gun movie, and who doesn’t admire the incredible flying scenes from it and the sequel.  But, as many know, and engineers will remind us, the energy use goes up as the square of the increase in speed.  That means if you want to travel at twice the speed, you will use about four times as much energy to do so.

It should not be surprising then that the speed limits on highways were reduced down to 55 mph during the oil embargoes in the late 1970s.  Energy use went down, and there were fewer wrecks and highway fatalities.  I found it a bit surprising that our politicians here and around the world have forgotten this lesson … I never hear anyone suggesting we “impose” on the free will of Americans to do their part by slowing down.

Well, it now surprises me even further that the idea of supersonic flight has emerged as an actual plan.  Here is the Wall Street Journal announcement:

“American Airlines has agreed to buy 20 planes from Boom Supersonic, betting on the future of an ultra-fast plane that is still years away.  American put down a nonrefundable deposit on its initial 20 aircraft, known as the Overture, and has the option to purchase 40 more, the companies said Tuesday. The companies didn’t disclose additional financial details of the transaction. Aerospace startup Boom is developing new planes capable of traveling at supersonic speeds, faster than the speed of sound. Overture is being designed to carry 65 to 80 passengers at Mach 1.7 over water, or 1.7 times the speed of sound—about twice as fast as commercial planes can fly today.

“Supersonic travel will be an important part of our ability to deliver for our customers,” Derek Kerr, American’s chief financial officer, said in a statement Tuesday.

Boom has said Overture will be able to fly over 600 routes in half the time those flights currently take—such as Miami to London in under five hours, and Los Angeles to Honolulu in three hours—at fares comparable with current business-class prices.”  Read the full article here.

Well, why not a single word about carbon footprint or environmental sensitivity.  The only concern is whether they can manage the sonic boom as the plane crosses the sound barrier.

Remember last week’s blog where the airlines had posted the environmental performance of the flight choices?  Doesn’t it seem that this need for speed should answer the societal question of “should” rather than “how?”

Oh, I know, the airlines will offer environmental offsets to the passengers … paying for the carbon emissions with the modern equivalent of indulgences within the Catholic church.

Are we really this tone deaf?

2 thoughts on “Do you feel the need for speed?”