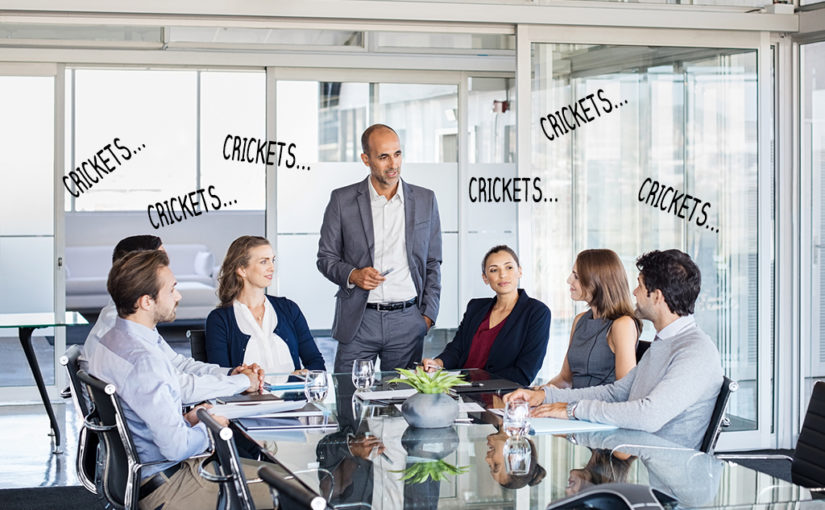 I grew up with the admonition to “eat your spinach!”  Popeye cartoons even tried to convince me it would make me strong.  You probably also may remember when President Bush was asked about broccoli, and he said he hated it.  Lawsuits erupted from the broccoli industry!

I thought it was my choice whether I ate certain vegetables.  One of our friends says “we didn’t evolve to the top of the food chain to eat grass” … meaning he hated salad.

If I asked people in a meeting what they want for lunch, I would expect responses.  Some might like a salad; others might want pizza or a nice sandwich. Anyone who doesn’t speak up will get what the rest of the vocal people wanted.

The last few years has produced a new style of response in corporate meetings: no response at all.  People seem prone to blend into the background and not indicate preference.  Perhaps they don’t want to be criticized for their position.  Maybe they hope nothing is decided so they can go back to business as usual. Perhaps they listened to Abraham Lincoln’s advice, “Better to remain silent and be thought a fool than to speak and to remove all doubt.”

This is so common now that it has been given a name… it is now called crickets. 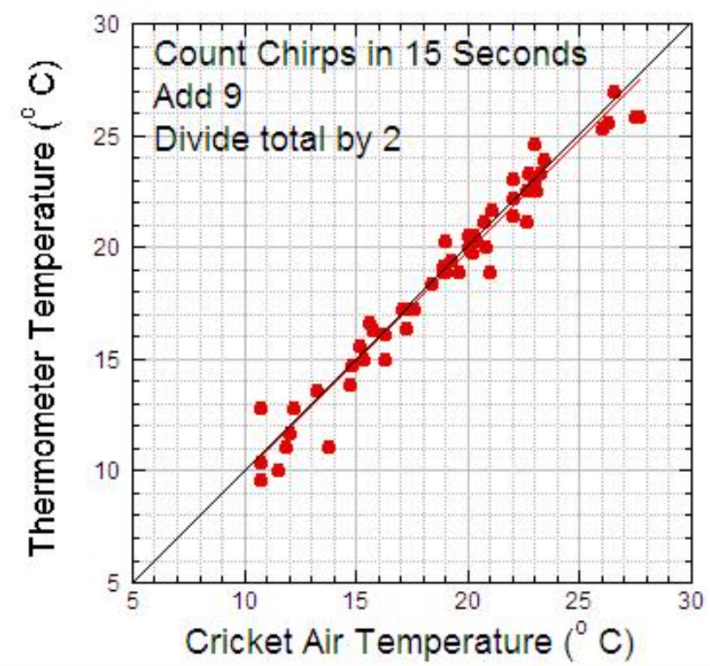 conversation in the room.  As the graph here indicates, there is a very strong correlation between the chirps per minute and the outside air temperature. Similarly, people talking, contributing their ideas, working together to shape the best answer is a strong indication of the energy going into shaping any decision.

In too many meetings these days, you hear crickets.  Silence.  Deafening silence.  Not a peep out of anyone.  Not even a gratuitous response like: “Thanks for giving us something to think about.” And that silence announces to everyone in the room, “You confuse us with someone who cares; we don’t give a damn about what you are saying.”

Anyone who has studied sales or how to influence people will acknowledge that on the emotional spectrum, where love and hate are at opposite ends with ambivalence in the middle, ambivalence is the worst condition to face.  It is much better to have someone engaged, even in disagreement … that gives you something to work with to hear their perspective and seek better understanding.

Yet, with all of today’s polarization and people seeking shelter in their favorite corners of life, we get crickets in all too many meetings.  No seeking to better understand, no considering alternatives, and no attempt at seeking higher callings.  The lesson I share from this observation is that each of us should take responsibility for why we are called to be in any meeting.  Someone believed you brought something of value to the table or you wouldn’t be there.

Keep it up and you may not be invited back. Maybe today, the better variation on Lincoln’s quote is, “Better speak up and demonstrate you bring value to the discussion.”