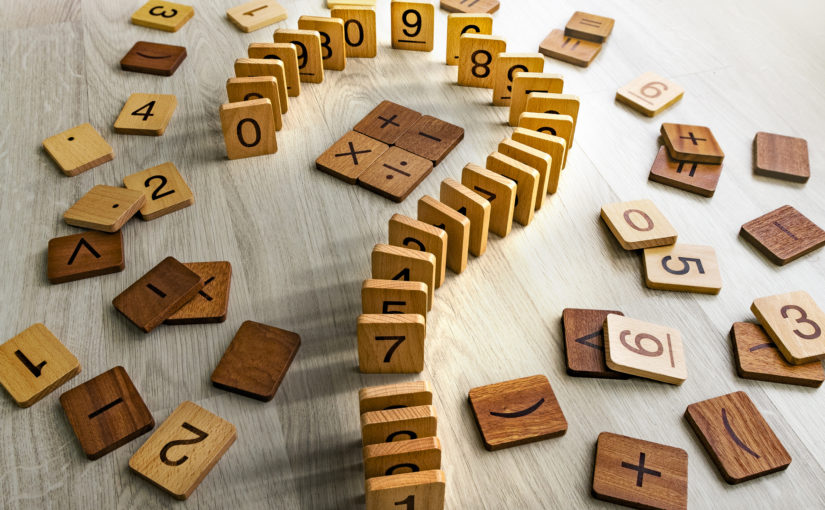 I am sure you have heard the story of three people interviewing for a job each being asked this question.  The first answers two.  The second asks one of what is being added to one of what else?  The third, reportedly a lawyer, draws the blinds down on the room and whispers: “what did you want it to be?

There is also a video circulating on the Internet where the child answers this question with number eleven and the teacher who had marked that incorrect gets into trouble for doing that. 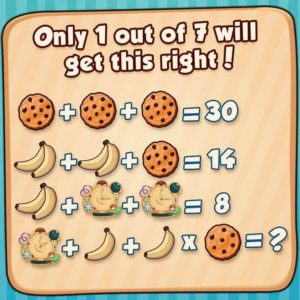 Puzzles like the one shown here are circulating on the Internet, ironically to gather your contact information and friends, because they draw us into the mathematical question.  The one shown here starts with an obvious first equation which implies each cookie has a value of 10.  Few will notice that there are 10 raisons in each cookie so in fact the value of the cookie in the question at the bottom is seven, not 10!  The bananas don’t seem to present any difficulty but the clocks once again can play a trick on you since the two in the third equation are pointing to the 3 position and the one at the bottom points to the 2 position.  So, one plus one might not be two after all unless you define what each one is.

The final trick is to know the rules of math where multiplication is applied first before the addition, so that final line is 2 + 1 + 1×7 for a total of 10.  If you simply went from left to right you would have added 2 + 1 + 1 for a total of 4 then multiply by 7 for a grand total of 28 … which is incorrect if you know these rules.  If you never were taught these rules you might argue you were correct of course.

So, the rules matter, or at least they should matter.  But, what happens when the average person does not know these rules?  They get the wrong answer.  If the person grading the paper doesn’t know the rules, they might be marked correct.  Worse yet, if the person grading the paper didn’t notice the clock face there would be another error.   If any of you have ever tried to explain higher math to people who have never learned higher math you already know where I am going.

The key point with this exercise is that consensus of thought doesn’t matter in math problems.  I frankly don’t care what the average person thinks.   Also, you really have to be sure what and how numbers relate to what you are seeing. The answer is 10 to this problem whether you like it or not.

Today’s society will call me an elitist … a bigot … and a racist.  I am a mathematician and an engineer. Some things in life are best answered with this perspective … if you want to know the truth.