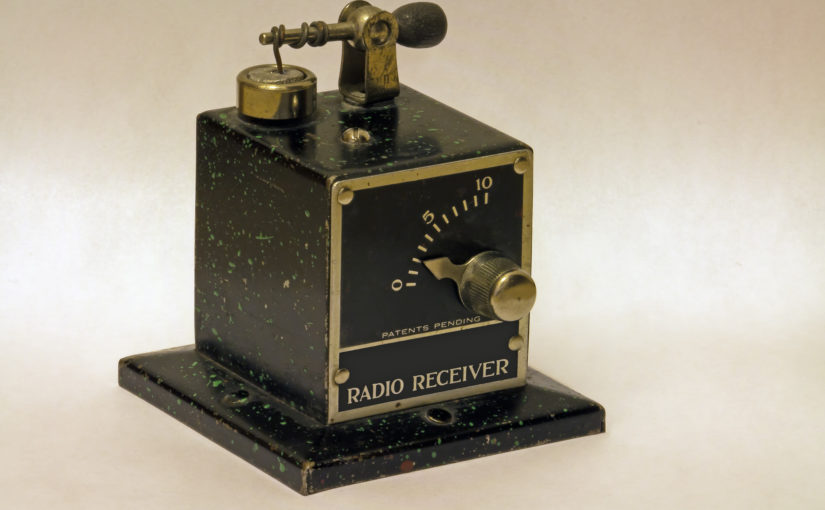 One of my first science projects as a kid was to make a crystal radio that I would listen to using an earphone.  Perhaps you remember doing the same thing where when you were done you would touch different areas of the crystal to find a signal … and sometimes that signal was from a very distant source in another language.

Later on I learned more about how it worked, but it always fascinated me that “information” could move through thin air such great distances so freely.  At that time of course all of this information was being sent deliberately by someone in real time … there were no recordings yet that could be replayed.

So, what was the intent of these messages?  I never heard a distress call, and at the time if I had there was no way for me to tell anyone in real time.  Phones were not here yet.  The first black and white TVs were on the market and their broadcasts were in real time … and they all shut down at 11 or 12 at night.

There were only three or four channels back then to watch and doing so often involved holding the rabbit ears antenna at just the right position … and may have even required that someone continue to hold onto it to get the best signal … which at the time was at most about a 320 x 240 grayscale image.

You had to change the channels and adjust the volume by going up to the TV set … yes, and I did have to walk uphill to school both ways.  My point with all this was that it was a big deal to tune into a channel.  In a sense, it was a commitment to watch the program.

Some of the programming was absolutely ludicrous … especially the depictions of rocket ships which were crude models using sparklers spitting out sparks to simulate propulsion.  Some programming was pure adventure such as Lloyd Bridges as Tarzan or vaudeville acts like Howdy Doody.  But, it was so much better than just listening to the radio or a 78 rpm record in those days.

Everyone had to agree to watch the same thing … and back then I don’t remember that as a battle.  It became such a craze that it spawned a new type of food: TV dinners.  These were aluminum trayed full meals you could eat while watching.  I think you get the picture.  Choices were simpler.

Today’s viewers have vastly more choices … a bewildering array.  Yet, most of us do not spend a lot of time “channel surfing” to see all that is available.  We are creatures of habit tuning into the same small array.  We don’t seem to like choices … so why are so many offered?

Precisely because we are all seeking different things now.  I have occasionally viewed the shopping channels and have to wonder whether this is a form of addiction.  Things are on sale so I must need them?  They must be effective marketing methods for them to exist.  There are channels that replay some of my favorite TV from my youth … and yes, I occasionally watch those to relive my childhood.

But, the majority of the major channels now have done something almost evil in their programming.  They have decided to “take a side” on modern issues and not broadcast the news but to take an advocacy position interpreting the news.

Gone are the days of Walter Cronkite and others who simply reported what had happened that day.

One thought on “Tuning into the Right Channels”